Disability Insurance, often called DI or disability income insurance, is a form of insurance that insures the beneficiary’s earned income against the risk that a disability creates a barrier for a worker to complete the core functions of their work. For example the inability to focus or maintain composure as with psychological disorders or an injury, illness or condition that causes physical impairment or incapacity to work. It encompasses paid sick leave, short-term disability benefits, and long-term disability benefits. Here is a story I can share with you about the need for disability insurance. Whenever I was working for a home health physical therapy company, one of my colleagues was putting up a Christmas tree in his house. He actually fell and broke his foot. You may be thinking okay well a broken foot that will heal up I can just get a cast on it or a walking boot and I’ll be fine. 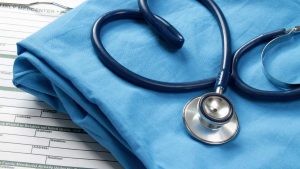 This situation got more complicated than a broken foot. We were working in the physical therapy field at the time. So my colleague broke his foot in the wrong place and he could not walk on it or what we call in physical therapy terms (weight bear) on it and he was out of work for 3 months. So you would think reading about this story that since he was in the physical therapy field he would no more have more knowledge than a lot of other people that have encountered this same type of broken bone to their foot. Just having knowledge by itself in this situation didn’t help he had to wear a cast and walk on crutches or a walker could not work and he did not have disability insurance and had no income for 3 months. Here’s how the situation got more complicated than a broken foot. About 8 months later the company went into bankruptcy. So he got behind on some of his house payments and other bills because of his injury and so he was trying to play catch-up with his bills he did not figure the company was going to go in the bankruptcy and eventually gets old and eventually taking a serious pay cut he ended up losing his home. So you could tell yourself well I’ll just save up three months I will use that case get in an accident or something like this happens to me. There are several problems with that statement. First of all no one has a crystal ball to say when and how and what’s going to happen when they do get in your or haven’t I could go on and on about this but the point is what are you going to do for income if you do have an injury or illness that causes you to miss work for a few months or even longer than that.

Some people say that we 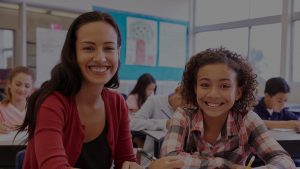 ll if I get hurt and I can’t work for a year I will just file for Social Security disability. However, that statement is flawed also because not everyone’s going to qualify for Social Security disability. If you do it could take up to 3 years to receive something and your attorney is going to take a percentage of your disability payout. Yes, they will give you retroactive pay but what are you going to do in that interim time period of a few months or longer? You have no income do you have a family makes it even worse.  I had a prospect that told me, well “I just can’t really afford this”, my answer was how can you not afford it disability policies are not that expensive so say for example you are paying 25 to $30 a month for Disability Policy and you get hurt you are covered.  Now let’s say you turn that down you don’t get a Disability Policy because you think it’s too much and you get hurt or you have an illness. The illness or injury is going to cost you several thousand dollars each month in lost income, for example, medical bills, etc. So it is very wise to have a Disability Policy to help pay the bills.

If you have any questions, please give our office a call toll-free 1 866-598-8170 or 910-452-1922. Call us today for a quote with no obligations. All of our disability plans and policies are state-regulated and are approved by the insurance commissioner each state.

Life insurance and Lou Gehrig’s Disease? Would I be accepted?

Lou Gehrig’s disease or ALS- amyotrophic lateral sclerosis.  If you have this condition will you still be able to get life insurance?  Yes, you can!!   I am Mitch Winstead owner at Allstar Senior Benefits.   Our toll-free number is 866-598-8170 or 910-452-1922. If you have any questions, we offer free advice with no obligations. This is…

Can I change Medicare Supplement plans at any time-or do I have to wait??

The types of Medicare plans which is also referred to as Medigap/Medicare supplements policy assists individuals with an out-of-pocket cost that Part A and Part B (Original Medicare) do not cover. However, 10 Medicare plans which are labeled with letters are available in most states.  Hi, I am Mitch Winstead with Allstar Senior Benefits, Inc. …

Learn about the differences of Medicare Parts : Part A, Part B, Part C and Part D