Alcohol and Drug Abuse Can I still get life/burial insurance?

Can you get life/burial insurance if you have a history or currently overuse or abuse alcohol (alcohol abuse) or other drugs?   Yes, you can.    Fortunately, you can get a guaranteed issue whole life policy with no questions asked.  Hi, I am Mitch Winstead with Allstar Senior Benefits.   Call today for a quote with no obligation. 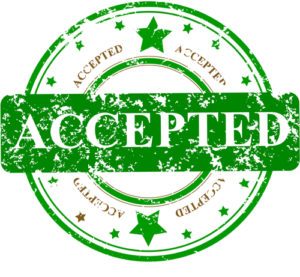 Our toll-free number is 866-598-8170 or 910-538-4547.  Our website is www.allstarseniorbenefits.com.  We have a Facebook page called  Allstar Senior Benefits.  How much will you pay for a guaranteed issue policy?  Typically you will pay approximately 30% more than a preferred rated class of whole life.  However, it is still affordable.  It is better than having nothing at all.  You would get a permanent life/burial insurance policy.  Your benefits would never decrease and your premiums will never increase.  You will get a “graded” life insurance policy.  This means in the first 2-3 years if you passed away your loved ones would receive 100 to 110% of the premiums you paid into the policy.  After that “graded” period, your beneficiary would receive the full face amount. So if you had a $10,000 policy your loved ones would get $10,000.  The younger you get burial insurance, the cheaper it is.  Most of us these days know someone who has struggled with alcohol or drug abuse.

Life insurance and drug use. Some people may think getting life insurance is impossible if they have used drugs or alcohol. Before I became an insurance broker, I helped people with Physical Therapy, I encountered a few people that were addicted to drugs. Some were sad stories.  Most of them did well with their Physical Therapy. I still help people on a part-time basis and I co-own a Physical Therapy practice called Physical Therapy for Life.  Some questions may arise for instance, does life insurance pay for an accidental overdose? It depends on the company a person has.  It also depends on the type of policy they have.  Usually what happens is that the company will do an investigation before they disburse any monies to a beneficiary. If the policy is in good standing and there are no clauses in the policy then the insurance company has to payout. Another question- Is there life insurance for recovering addicts?   This article is a brief overview of alcohol and drug use.

Alcohol abuse causes over 100,000 deaths in the United States and Canada each year. It is the drug most commonly abused by children ages 12 to 17. Alcohol-related car crashes are the leading cause of death in teenagers. People who drink alcohol are more likely to engage in high-risk sexual behavior, have poor grades or job performance, use tobacco products, and experiment with illegal drugs. Alcohol and drug use may be an unconscious attempt at self-treatment for another problem, such as depression.

You have an alcohol problem if your use of alcohol interferes with your health or daily living. You develop alcoholism if you physically or emotionally depend on alcohol to get you through your day.

Symptoms of an alcohol problem include personality changes, blackouts, drinking more and more for the same “high,” and denial of the problem. A person with an alcohol problem may gulp or sneak drinks, drink alone or early in the morning, and suffer from the shakes. He or she may also have family, school, or work problems or get in trouble with the law because of drinking. Is there life insurance for recovering alcoholics?

The use of alcohol with medicines or illegal drugs may increase the effects of each.

Alcohol abuse patterns vary. Some people drink and may be intoxicated (drunk) every day. Other people drink large amounts of alcohol at specific times, such as on the weekend. It is common for someone with an alcohol or drug problem to call in sick for work on Monday or Friday. He or she may complain about having a virus or the flu. Others may be sober for long periods and then go on a drinking binge that lasts for weeks or months.

Someone with alcohol abuse may suffer serious withdrawal symptoms, such as trembling, delusions, hallucinations, and sweating if he or she stops drinking suddenly (“cold turkey”). After alcohol dependence develops, it becomes very hard to stop drinking without outside help. Medical detoxification may be needed. 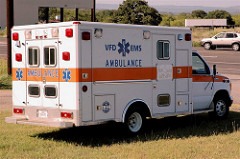 Drug abuse includes the use of illegal drugs such as marijuana, methamphetamines, cocaine, heroin, or other “street drugs”-and the abuse of legal prescription and nonprescription drugs. Some people use drugs to get a “high” or to relieve stress and emotional problems.

Drugs like ecstasy (MDMA), ketamine, GHB, Rohypnol, and LSD, which are known as “club drugs,” may be found at all-night dances, raves, trances, or clubs. The use of club drugs accounts for increasing numbers of drug overdoses and emergency room visits. Inhalants like nitrous oxide may also be used at these clubs. Drugs come in different forms and can be used in different ways. They can be smoked, snorted, inhaled, taken as pills, put in liquids or food, put in the rectum or the vagina, or injected with a needle. Teens and young adults may be at risk for becoming victims of sexual assault or violent behavior in situations where these drugs are used.

Some nonprescription medicines, such as cold medicines that have dextromethorphan as an ingredient, are being abused by teens and young adults as a way to get a “high.” Glue, shoe polish, cleaning fluids, and aerosols, are common household products with ingredients that can also be used to get a “high.”

In the United States and Canada, approximately 40% of adults will use illegal drugs at some time during their lives. This does not include the use of alcohol or prescription medicines. Many people abuse more than one illegal substance at a time.

Drug dependence or addiction occurs when you develop a physical or emotional “need” for a drug. You are unable to control your use of a drug despite the negative impact it has on your life. You may not be aware that you have become dependent on a drug until you try to stop taking it. Drug withdrawal can cause uncomfortable and sometimes dangerous symptoms. The usual treatment is to gradually reduce the dose of the drug until you can completely stop using it.

Some groups of people are more likely than others to have problems related to alcohol or drug abuse. These groups include:

Alcohol is part of many people’s lives and may have a place in cultural and family traditions. It can sometimes be hard to know when you begin to drink too much. Alcohol is a depressant. Some people don’t know that.  So if you are depressed or anxious and use alcohol, you are only making it worse.  That is why doctors tell you not to drink alcohol if you are taking an anti-depressant.

There is a strong connection between the use of drugs and alcohol and high-risk sexual behaviors. This increases a person’s chance of getting sexually transmitted infections (STI’s), hepatitis C, and the  HIV virus.

My brother in law’s nephew died from a heroin overdose 2 years ago and he was only 19.  I never thought he would have used drugs.  My sister took him to a rehab facility 2 times to get help.  He moved away from home and that is when he overdosed.  I remember going to the funeral and it was upsetting and shocking at the same time.  I  sometimes can see why people do drugs or abuse alcohol.  It may be a means of coping or an escape.  The effects of both short term and long term are evident.  We always hear of celebrities abusing alcohol or drugs.  Especially rock stars.  Keith Richards and Ozzy Osbourne are freaks of nature.  If you look at Keith Richards you can see the effects of his drug and alcohol use written all over his face.  You can see the effects on Ozzy Osbourne with the way he talks and his gait.   By all accounts, most people think they should be dead by now.  Some people have clinically died and then are brought back to life.  It is sad that even after that they still use drugs.  I hope you have found this article helpful.  Call Today for a quote with no obligation.  Our toll-free number is 866-598-8170 or 910-538-4547. Our