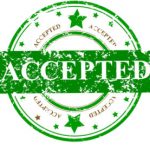 Most people with Huntington’s disease develop signs and symptoms in their 30s or 40s. But the disease may emerge earlier or later in life.

When the disease develops before age 20, the condition is called juvenile Huntington’s disease. An earlier emergence of the disease often results in a somewhat different set of symptoms and faster disease progression.

Medications are available to help manage the symptoms of Huntington’s disease, but treatments can’t prevent the physical, mental and behavioral decline associated with the condition.

Hi, I am Mitch Winstead with Allstar Senior Benefits.  Our toll-free number is 866-598-8170 or 910-538-4547.  Email is mitch@allstarseniorbenefits.com.  Our website is www.allstarseniorbenefits.com Call today for your “no pressure” quote.  You can purchase a guaranteed issue whole life policy.  The application has NO questions to qualify.  It is permanent life insurance.  Your premiums never increase and your benefits never decrease.   You will have to pay a higher premium to get this insurance.  The point is that you CAN get it.  This will be a graded policy.  That means your beneficiary will receive 110% of your premiums you pain if you pass away in the first 2-3 years of the policy.  After the 2-3 year period, your beneficiary will receive the full face amount of the policy.  So if you purchased $10,000 then after that waiting or graded period the $10,000 is available.  Some companies offer an accidental death benefit which means if you die in an accident your beneficiary will receive double your face amount based on the graded period.  If you have any questions, please contact us.  Let’s take a closer look at this disease below.

Huntington’s disease usually causes movement, cognitive and psychiatric disorders with a wide spectrum of signs and symptoms. Which symptoms appear first varies greatly among affected people. During the course of the disease, some disorders appear to be more dominant or have a greater effect on functional ability.

The most common psychiatric disorder associated with Huntington’s disease is depression. This isn’t simply a reaction to receiving a diagnosis of Huntington’s disease. Instead, depression appears to occur because of injury to the brain and subsequent changes in brain function. Signs and symptoms may include:

Other common psychiatric disorders include:

In addition to the above symptoms, weight loss is common in people with Huntington’s disease, especially as the disease progresses.

The start and progression of Huntington’s disease in younger people may be slightly different from that in adults. Problems that often present themselves early in the course of the disease include:

When to see a doctor 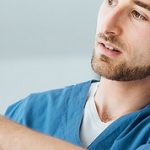 See your doctor if you notice changes in your movements, emotional state or mental ability. The signs and symptoms of Huntington’s disease can be caused by a number of different conditions. Therefore, it’s important to get a prompt, thorough diagnosis.

With the exception of genes on the sex chromosomes, a person inherits two copies of every gene — one copy from each parent. A parent with a defective gene could pass along the defective copy of the gene or the healthy copy. Each child in the family, therefore, has a 50 percent chance of inheriting the gene that causes the genetic disorder.

After the start of Huntington’s disease, a person’s functional abilities gradually worsen over time. The rate of disease progression and duration varies. The time from disease emergence to death is often about 10 to 30 years. Juvenile Huntington’s disease usually results in death within 10 years after symptoms develop.

The clinical depression associated with Huntington’s disease may increase the risk of suicide. Some research suggests that a greater risk of suicide occurs before a diagnosis is made and in the middle stages of the disease when a person has begun to lose independence.

Eventually, a person with Huntington’s disease requires help with all activities of daily living and care. Late in the disease, he or she will likely be confined to a bed and unable to speak. However, he or she is generally able to understand language and has an awareness of family and friends.

Common causes of death include:

People with a known family history of Huntington’s disease are understandably concerned about whether they may pass the Huntington gene on to their children. These people may consider genetic testing and family planning options.

If an at-risk parent is considering genetic testing, it can be helpful to meet with a genetic counselor. A genetic counselor will discuss the potential risks of a positive test result, which would indicate the parent will develop the disease. Also, couples will need to make additional choices about whether to have children or to consider alternatives, such as prenatal testing for the gene or in vitro fertilization with donor sperm or eggs.

Another option for couples is in vitro fertilization and preimplantation genetic diagnosis. In this process, eggs are removed from the ovaries and fertilized with the father’s sperm in a laboratory. The embryos are tested for the presence of the Huntington gene, and only those testing negative for the Huntington gene are implanted in the mother’s uterus.

I co-0wn a physical therapy practice and before I went into the insurance business, physical therapy was my full-time job.  I still see some patients every week to help them rehab. Let’s take a look at Huntington’s disease diagnosis process and some of the medications and treatments available. 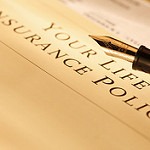 A preliminary diagnosis of Huntington’s disease is based primarily on your answers to questions, a general physical exam, a review of your family medical history, and neurological and psychiatric examinations.

The neurologist will ask you questions and conduct relatively simple tests in the office to judge:

The neurologist may also perform standardized tests to assess:

You’ll likely be referred to a psychiatrist for an examination to judge a number of factors that could contribute to your diagnosis, including:

Your doctor may order brain-imaging tests for assessing the structure or function of the brain. The imaging technologies may include magnetic resonance imaging (MRI) or computerized tomography (CT) scans that provide detailed images of brain structures.

These images may reveal structural changes at particular sites in the brain affected by Huntington’s disease, although these changes may not be apparent early in the course of the disease. These tests can also be used to rule out other conditions that may be causing symptoms.

If symptoms strongly suggest a diagnosis of Huntington’s disease, your doctor may recommend a genetic test for the defective gene.

This test can confirm the diagnosis, and it may be valuable if there’s no known family history of Huntington’s disease or if no other family member’s diagnosis was confirmed by a genetic test. But the test won’t provide information that might help determine a treatment plan.

A genetic test can be given to someone who has a family history of the disease but shows no signs or symptoms. This is called predictive testing. The test result has no treatment benefit, and it doesn’t indicate when disease onset will begin or what symptoms are likely to appear first.

Some people may elect to do the test because they find it more stressful not knowing. Others may want to take the test before they make decisions about having children.

Risks may include problems with insurability or future employment and the stresses of facing a fatal disease. In principle, federal laws exist that make it illegal to use genetic testing information to discriminate against people with genetic diseases.

These tests are only performed after consultation with a genetic counselor.  Huntington’s disease treatment options. 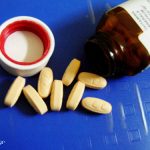 No treatments can alter the course of Huntington’s disease. But medications can lessen some symptoms of movement and psychiatric disorders. And multiple interventions can help a person adapt to changes in his or her abilities for a certain amount of time.

Medication management is likely to evolve over the course of the disease, depending on the overall treatment goals. Also, drugs to treat some symptoms may result in side effects that worsen other symptoms. Therefore, the treatment goals and plan will be regularly reviewed and updated.

Drugs to treat movement disorders include the following:

Medications to treat psychiatric disorders will vary depending on the disorders and symptoms. Possible treatments include the following:

A psychotherapist — a psychiatrist, psychologist or clinical social worker — can provide talk therapy to help a person manage behavioral problems, develop coping strategies, manage expectations during the progression of the disease and facilitate effective communication among family members.

Huntington’s disease can significantly impair the control of muscles of the mouth and throat that are essential for speech, eating and swallowing. A speech therapist can help improve your ability to speak clearly or teach you to use communication devices — such as a board covered with pictures of everyday items and activities. Speech therapists can also address difficulties with muscles used in eating and swallowing.

A physical therapist can teach you appropriate and safe exercises that enhance strength, flexibility, balance, and coordination. These exercises can help maintain mobility as long as possible and may reduce the risk of falls.

Instruction on appropriate posture and the use of supports to improve posture may help lessen the severity of some movement problems.

When the use of a walker or wheelchair is required, the physical therapist can provide instruction on appropriate use of the device and posture. Also, exercise regimens can be adapted to suit the new level of mobility.

An occupational therapist can assist the person with Huntington’s disease, family members and caregivers on the use of assistive devices that improve functional abilities. These strategies may include:

Managing Huntington’s disease is demanding on the person with the disorder, family members, and other in-home caregivers. As the disease progresses, the person will become more dependent on caregivers. A number of issues will need to be addressed, and strategies to cope with them will evolve. 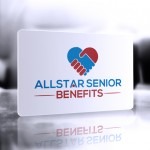